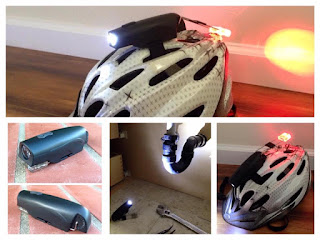 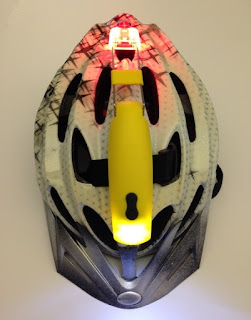 Help us sell on Amazon,  Not just enjoy the super low price, but also get GREAT rebates.


Before 3/5/2016 just email easyledlighting@gmail.com with the following

You will get rebate through Paypal payment to your assigned email account.
One rebate per buyer. Limited time offer only. If return or refund wanted, must deduct the rebate amount.
Posted by easyledlighting at 11:08 AM 2 comments:

How do you think of this TV back light system?

It uses two of our warm white LED modules and run at 700mA. Total energy runs at 15W, light output equivalent to 80W incandescent light source, emit from two tube shape LED fixed to back of this big screen TV, and then beautifully back drop to wall. Unlike other back light systems that use very dim  LED strips.  Our light can be seen at indoor day light, or use as illumination source at night. It's good enough for smooth reading light or mood light. I personally turn it on every night even though when the TV is off. 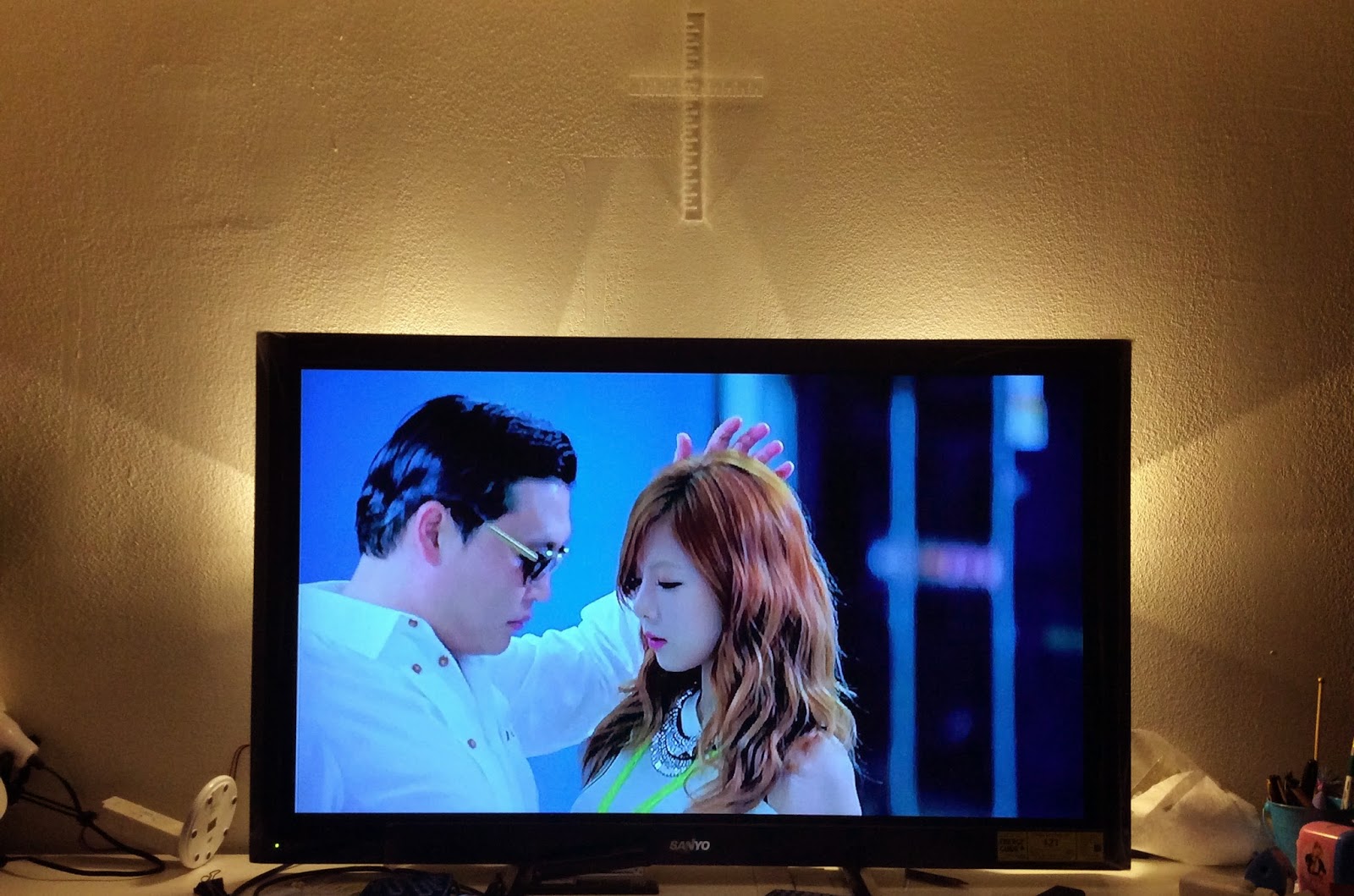 We plan to sell this kit for $39. It's available on Amazon.


Posted by easyledlighting at 1:38 PM 3 comments: 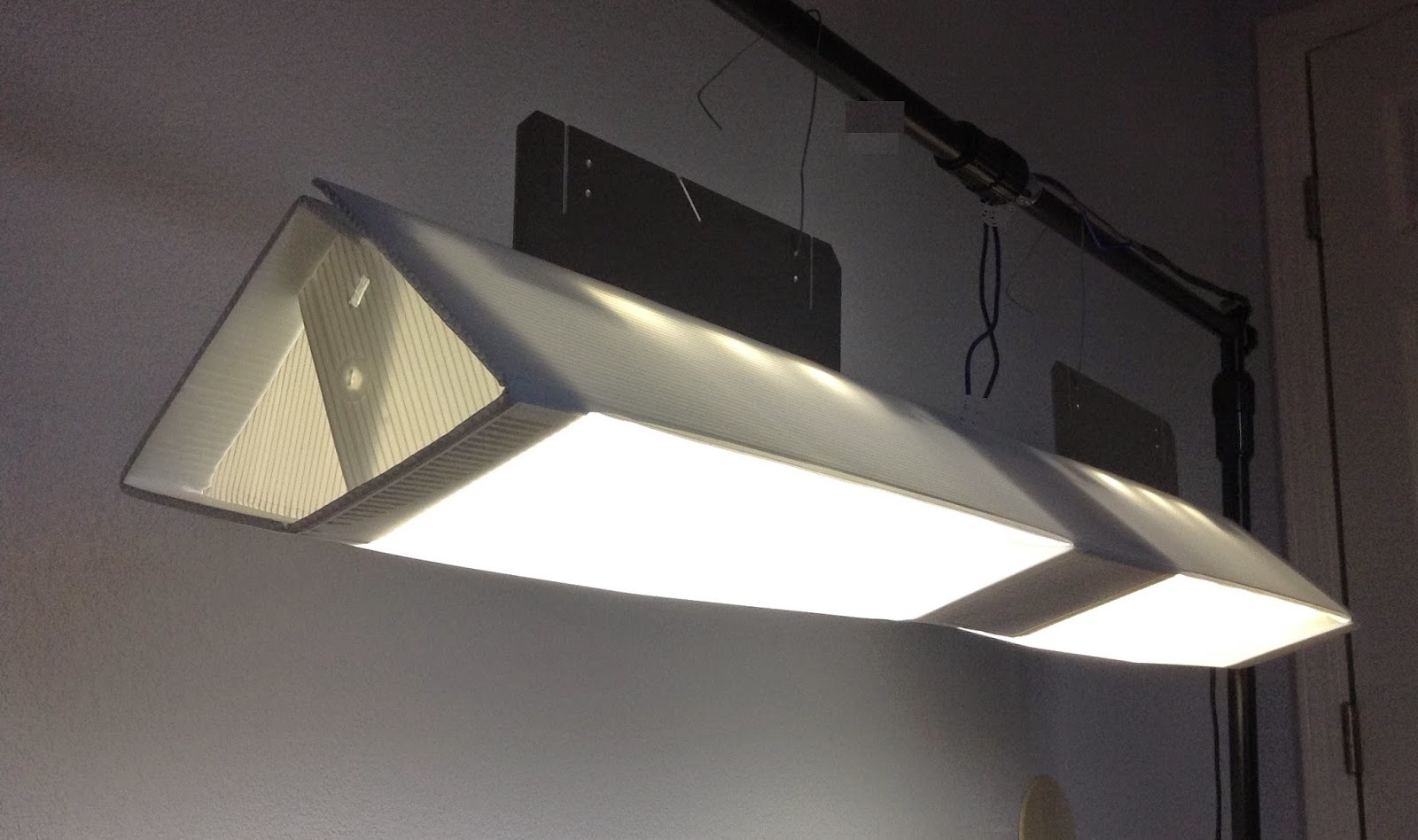 The lamp shell is better designed, only requires 4 plastic latching screws. The rest of lamp body is self locking. It's easier to integrate LED modules and driver with lamp right now. 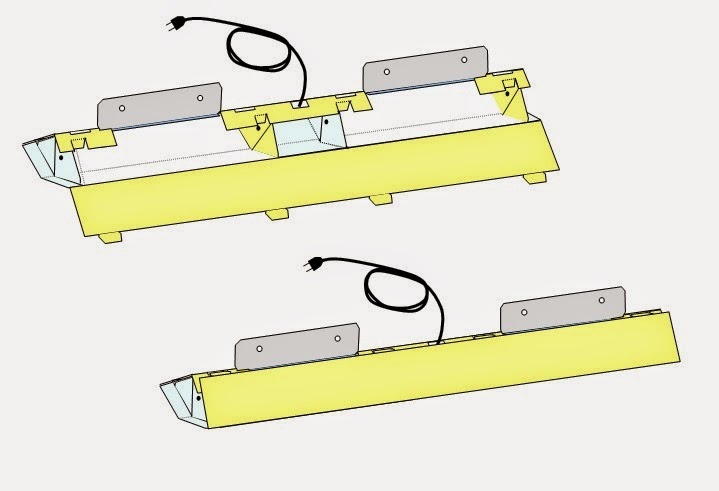 Other than Lamp body change, the light emitting unit remains the same. Still using same reliable LED modules and driver, output 32Watt, 2500 lumen of daylight white, the same light output as before.
This world lamp is being sold at easyledlighting.com for only $49. 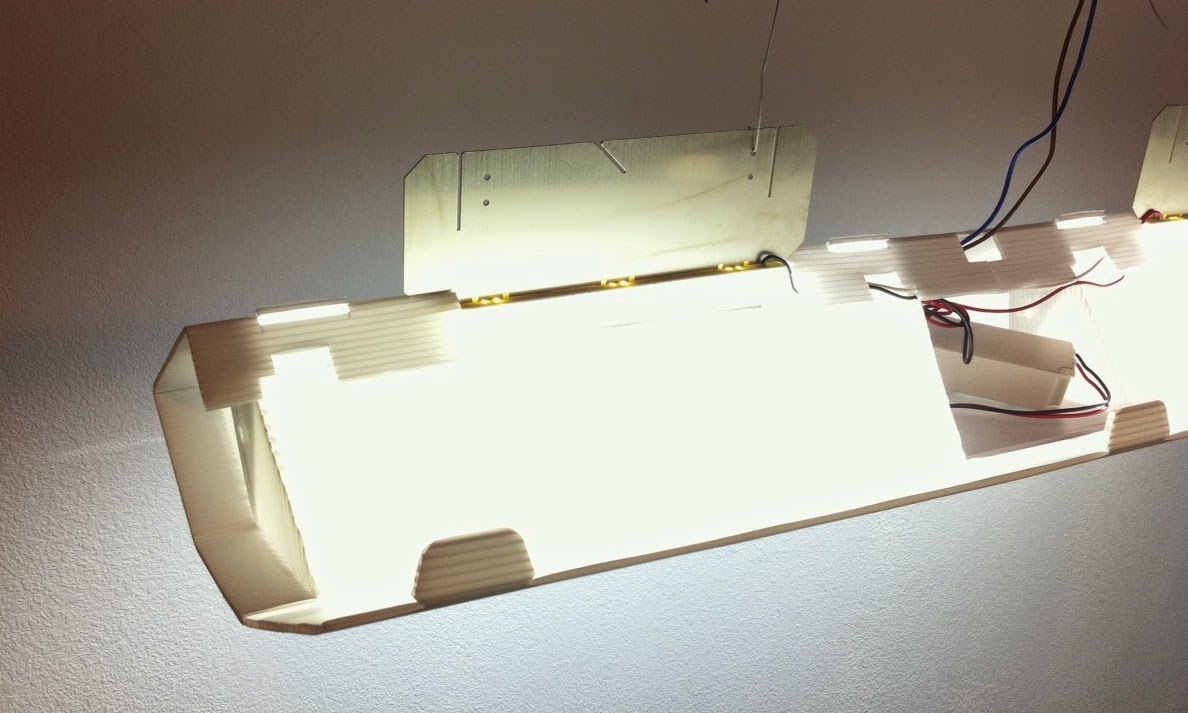 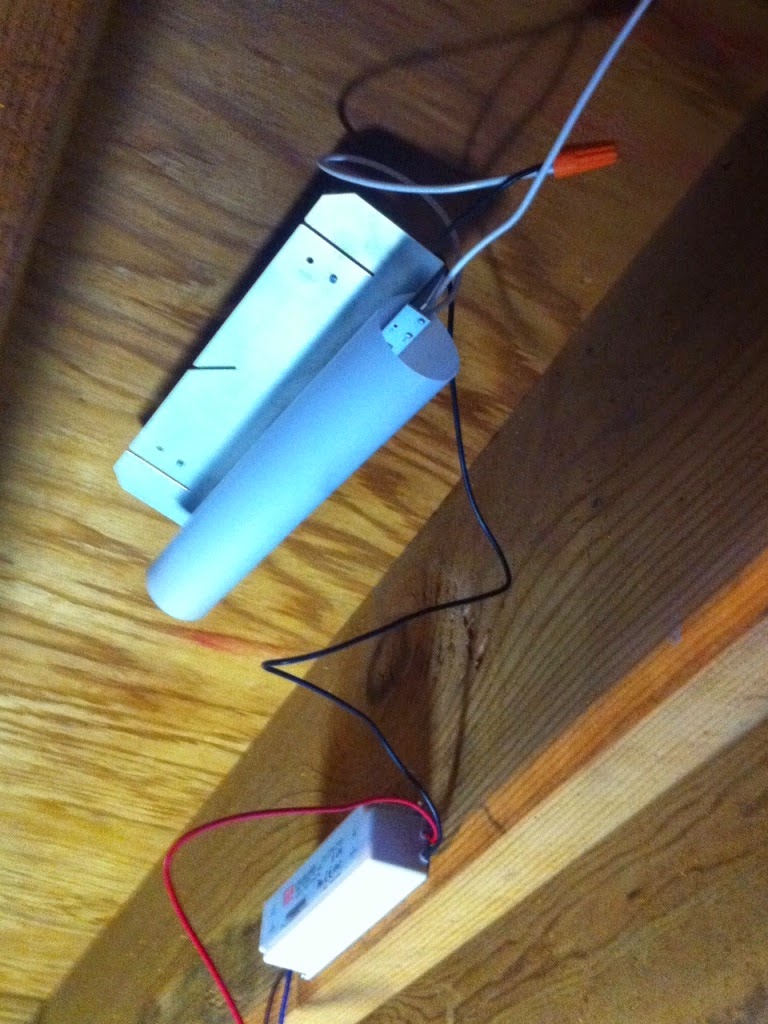 A customer sent us his installation example:
(LED retrofit kit and film diffuser can be purchased at easyledlighting.com)

What I wanted is to light up our garage as my workspace. The garage has bare wood studs roof but doesn't have light bulb base installed. What I want is something easy to install, bright enough low maintenance and not cost a lot.

Use screws to mount LED driver to wood stud, and using longer nail to mount LED module loosely and away from roof panel, so that the back of module won't be covered and air is still good to ventilate all around the module bracket, which double as heat sink.
At first, I use the diffuser film that designed for the module. The LED module and diffuser together is very light in weight (about 2 Oz), so I can  hang the module on the end of two long nails and it stays there.

2) Tidy up the wires, connect the power and the modules will just light up.
From the power plug, AC wire to LED driver is running on home AC, make sure you follow building electrical code for that 1 pair of wires.  After LED driver, the wires to connect each LED module are all running on low voltage DC. (The kit I purchased is 24V DC), therefore we can go easy on the wiring. After the wiring done and plug into wall socket, all LED modules light up instantly. But once the round shape diffuser is used, the light goes out at all direction and I realized I shouldn't install LED module between wood studs.

3) I purchased acrylic diffuser panel from HomeDepot (at lighting section, near florescent lamps), I cut into suitable size to cover space between wood studs, use drill to pre-drill screw holes. (can't nail or screw on acrylic panel directly) 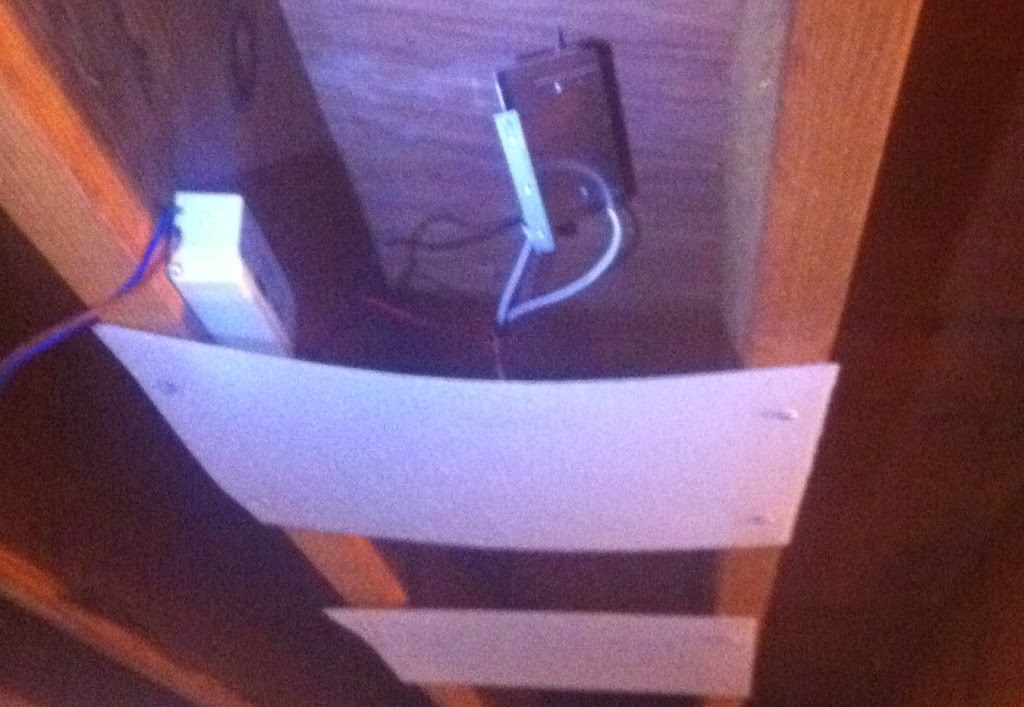 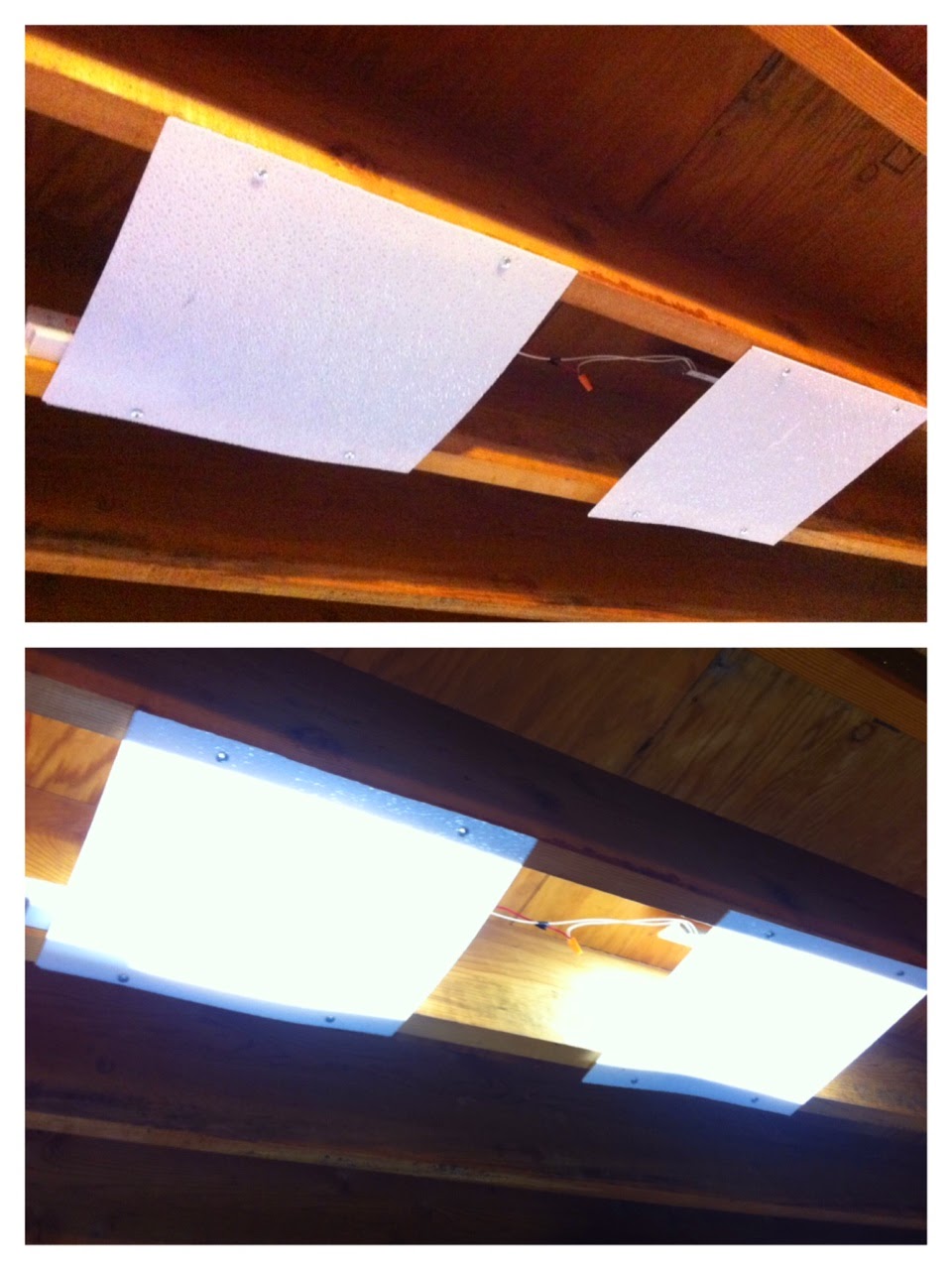 5) Light up, the light is very bright and it looks neat from below.  Winter is coming and this LED set can withhold -20F, which I don't think it would get this cold indoor.

Posted by easyledlighting at 9:45 AM 3 comments:

A peek review with our next generation World Lamp

We are making our next generation World Lamp shell. What shows in this photo is a prototype of 2.5mm coroplast, the real deal will be made with 4mm coroplast, which is much stronger than existing lamp shell.
We moved its opening to top of lamp, and use tab insert instead of snap lock to latch the cover pan.
Everything else remain the same, you still get a nice 30 watt LED core to shine through exactly the same dual lamp windows. The only thing that's going to change is color. Which color should we pick? 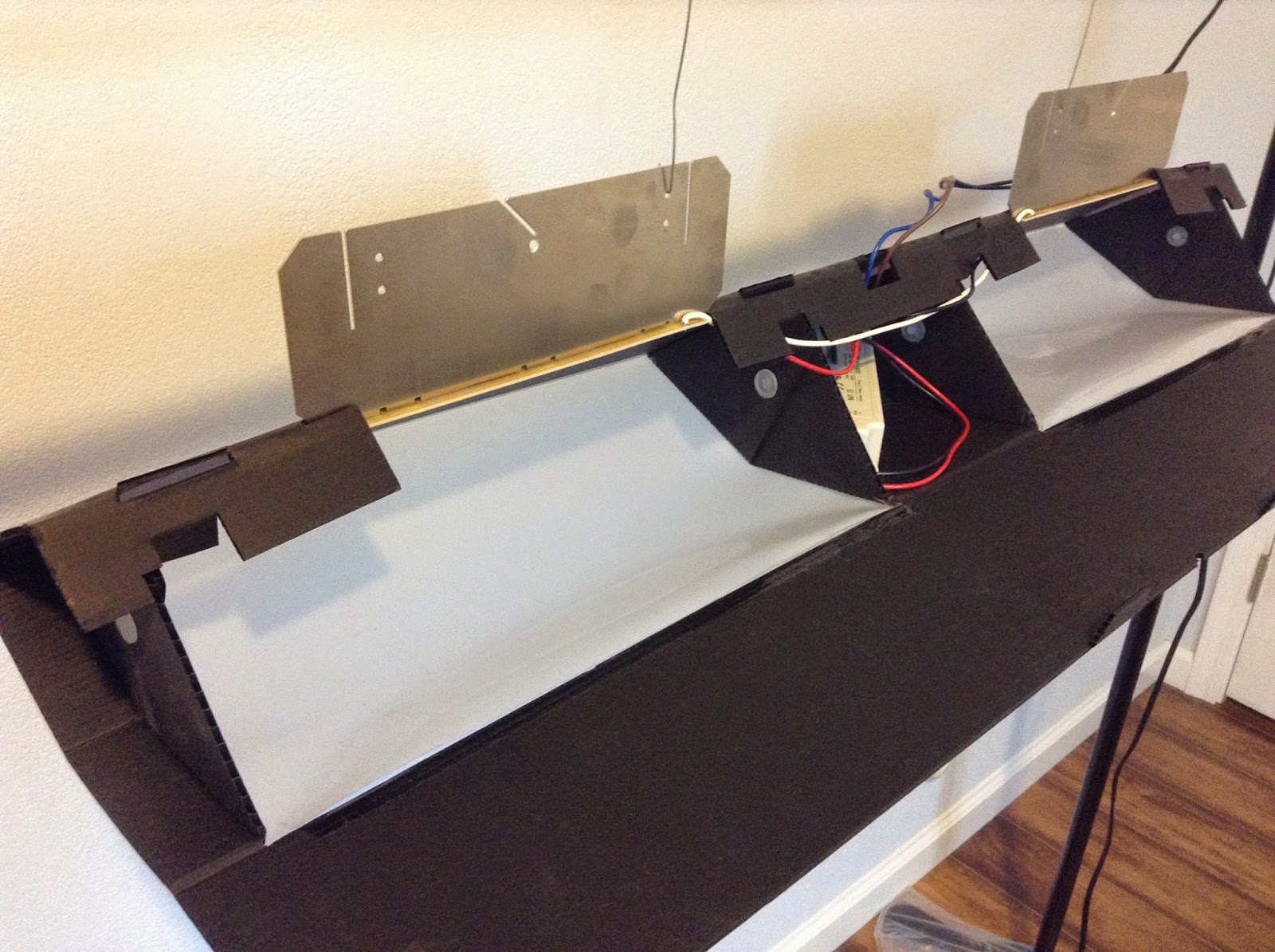 Our World Lamps have been our best selling item, but it had been always packed in 4 lamps package. The long box packs 4 lamp shells, and 4 smaller boxes hold one light unit each. Then the whole package is shrink wrapped in thick plastic cover to be water repelled. This is nice but anyone buys World lamp have to get 4; no change. Package come in just 8 lbs. 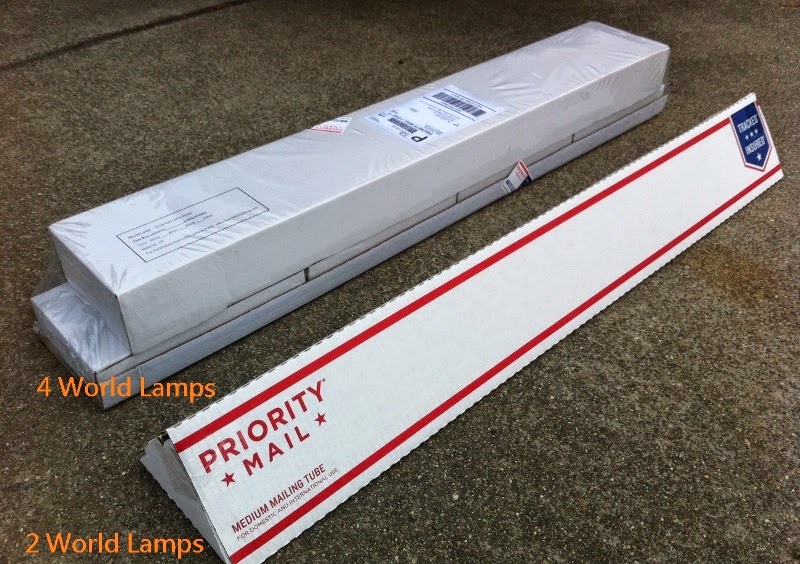 Recently we found USPS provides this 37" triangle shipping tube for free if you ship priority. So we decided that would help our business to provide some flexibility. We split the box of 4 lamps into two priority shipping tubes, and our customer now can order 2 lamps at almost half of price of 4 lamp pack.
The 2 lamp pack come in under 4 lbs.
Posted by easyledlighting at 9:56 AM 2 comments:

The main enemy for high power LED is heat. Our special design quickly dissipates heat from tiny LED chip to large area metal mounting plate; but the end game is still to spread heat out of this module to its surrounding, air in most cases. 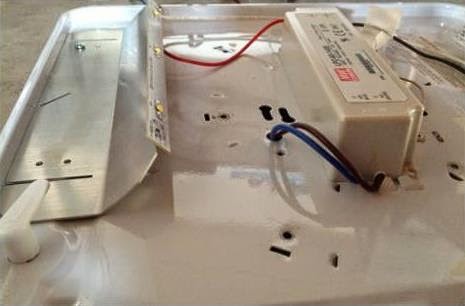 If the application is to attach LED module to metal lamp case, then heat dissipation won't be a problem at all. So is to set it by itself that both sides of plate exposed to free air. 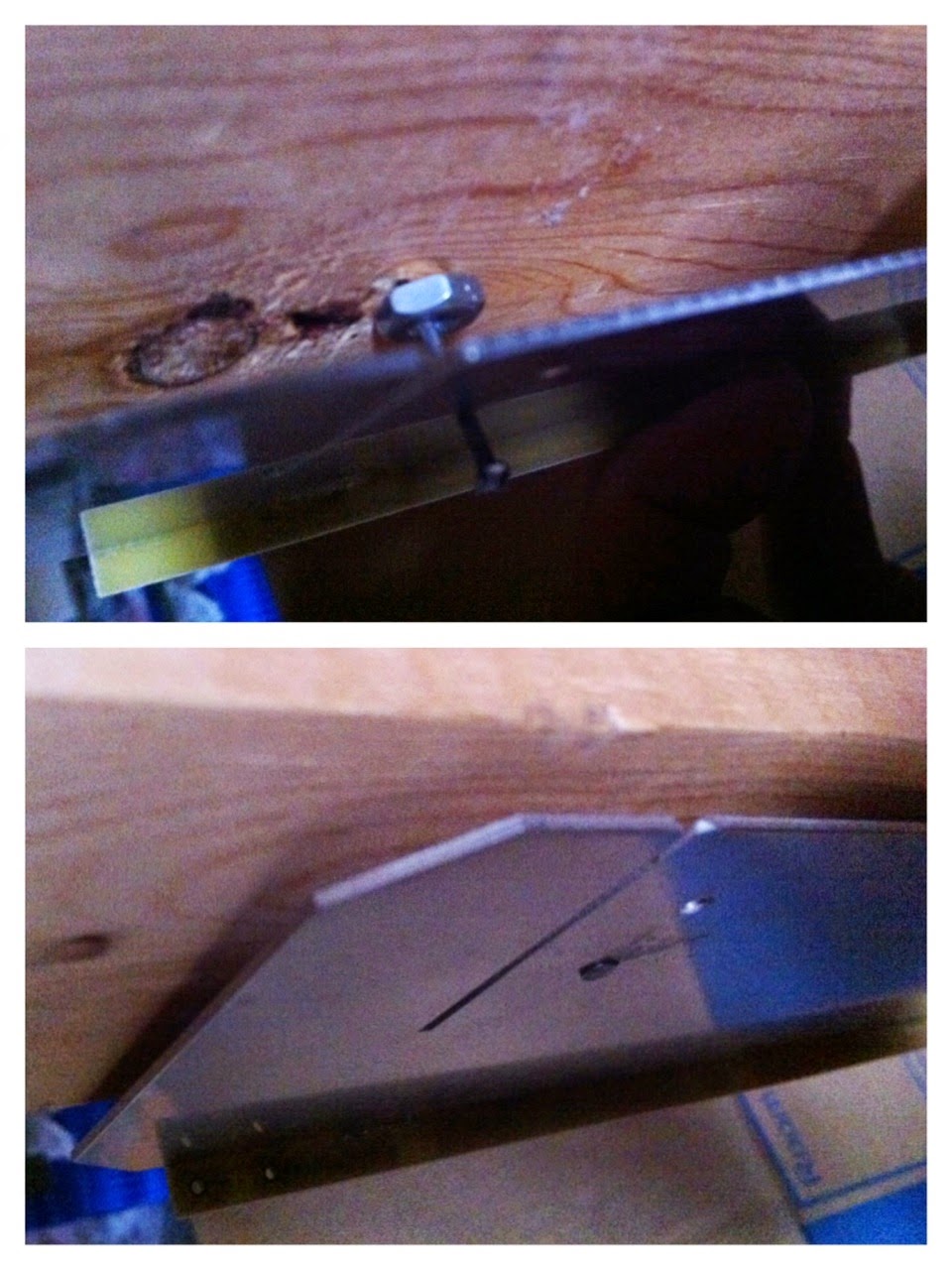 However, it's common desire that we want to attach this module to wood frame, which is easy mounting. The bad thing about it is that: Wood dissipates heat slowly, by attaching one side of LED module plate to wood, it's like cover 50% of heat sink area to stop heat transfer to air. That's bad and what can we do if we have to?

Keep Air Flow
Below is an example how I attach our module to wood frame. I use screw nuts as spacer to keep air still get in touch with both sides of metal plate. Also it would be wise to mount the module to an airy location to keep cool. The result is good enough to sustain heat dissipation.

Posted by easyledlighting at 9:48 AM 3 comments: